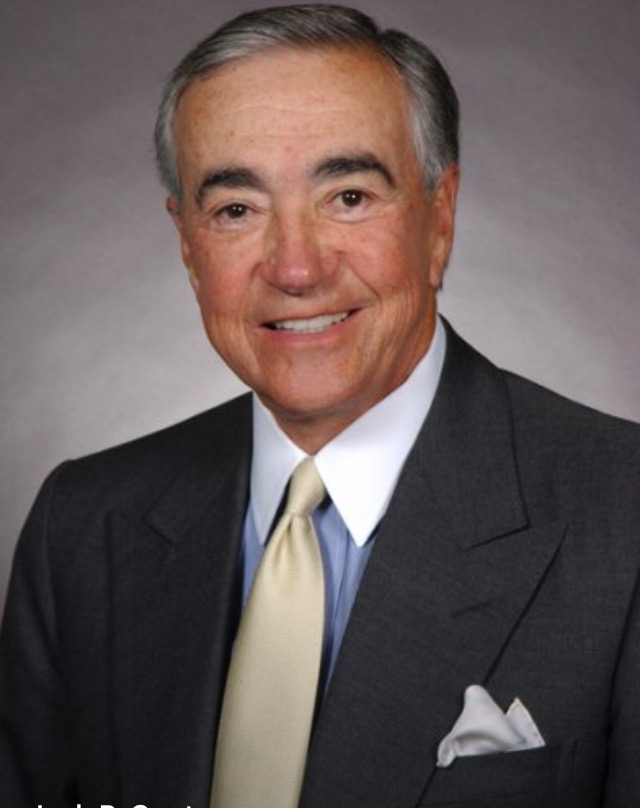 Dr. Gunter, founder of the Gunter Center for Aesthetics & Cosmetic Surgery, which he ran until retirement in 2014, was widely recognized as a true pioneer in the advancement of rhinoplasty procedures and a champion of the open approach to rhinoplasty.

In the early 1980s, Dr. Gunter identified a need in plastic surgery training – and in 1983, he and Robert Oneal, MD, held the first of the rhinoplasty-focused training sessions that would soon become known as the world-renowned Dallas Rhinoplasty Symposium, which celebrated its 34th year last March.

“Jack Gunter literally taught and influenced an entire generation of rhinoplasty experts in both plastic surgery and facial plastic surgery,” says his long-time colleague and PRS Editor-in-Chief Rod Rohrich, MD. “His candor, humor and his skill were always focused upon us to be the best we could be each day. His legacy lives on in all of us whenever we perform a rhinoplasty.”

Through the Dallas Rhinoplasty Symposium, Dr. Gunter is credited with educating more than 10,000 surgeons globally in the art of rhinoplasty.

“I didn’t train under Dr. Gunter, but one didn’t need to to understand his influence and the impact he’s had on plastic surgery procedures and training,” she says. “His rhinoplasty techniques, which were revolutionary in their day, have become widely accepted and used. This use and acceptance stands as an example of his creativity and influence, as well as a high-water mark in the evolution of the specialty.

“But more than that, I’ve heard many stories of Dr. Gunter’s devotion to training younger surgeons, his sense of humor and his humanity,” Dr. Johnson adds. “It’s rare that such skill and so much caring are embodied in one person, but Dr. Gunter was all of those things – and more, to the specialty, his students, his friends and his family.”

ASPS President-elect Jeffrey Janis, MD, says Dr. Gunter did as much – if not more – than anyone to advance the specialty.

“He was a true giant in plastic surgery,” Dr. Janis says. “He’s been a thought leader and pioneer in rhinoplasty. We’ve all benefited from his expertise, and from the teachings and resources that he shared with us through the decades.

“He was the consummate professional and perfectionist, never leaving the O.R. until things were perfect,” Dr. Janis adds. “His legacy will be in the countless surgeons he helped train, both directly and indirectly, as we pursue that perfection.”

“I will always hear his whisper in my right ear: ‘Never leave the O.R. until the nose looks as good is it can be, Rod,’ ” Dr. Rohrich says. “I’ve stayed true to this vow to Jack – and so have many others who have learned from this truly devoted master and expert in plastic surgery. He will be missed by all of us, but his legacy lives on each day – and each year as we teach the next generation of rhinoplasty surgeons at the Dallas Rhinoplasty Symposium.”

Dr. Gunter told Plastic Surgery News in March that while he was grateful for his career in plastic surgery, he was also quite proud of the work he was doing in retirement, which, unsurprisingly, was focused on helping others.

“I’ve been reading to underprivileged kids during and after school, and that’s been the most enlightening and enjoyable way to spend time,” he said. “Helping children with special needs has also been rewarding. While engaging with them, I’m continually amazed at their resilience and zest for life.”

Dr. Gunter also provided advice to younger surgeons, which centered around the reality that “it’s not all going to be a bed of roses. You will experience disappointments, but my advice is to learn from them and have a positive attitude. Keep a smile on your face and don’t dwell on the past.

“A person will be judged more by his character than by his accomplishments,” he added.

In memory of Dr. Gunter’s prolific career, Plastic and Reconstructive Surgery has curated a collection of some of his most influential articles, titled The Best of Jack P. Gunter, MD. 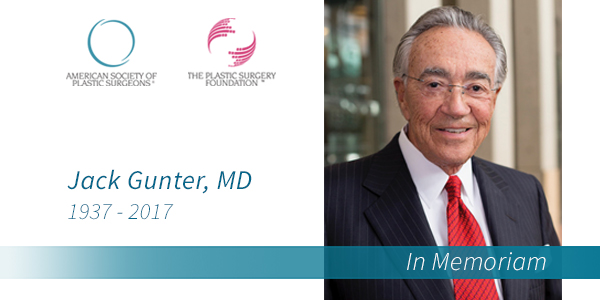